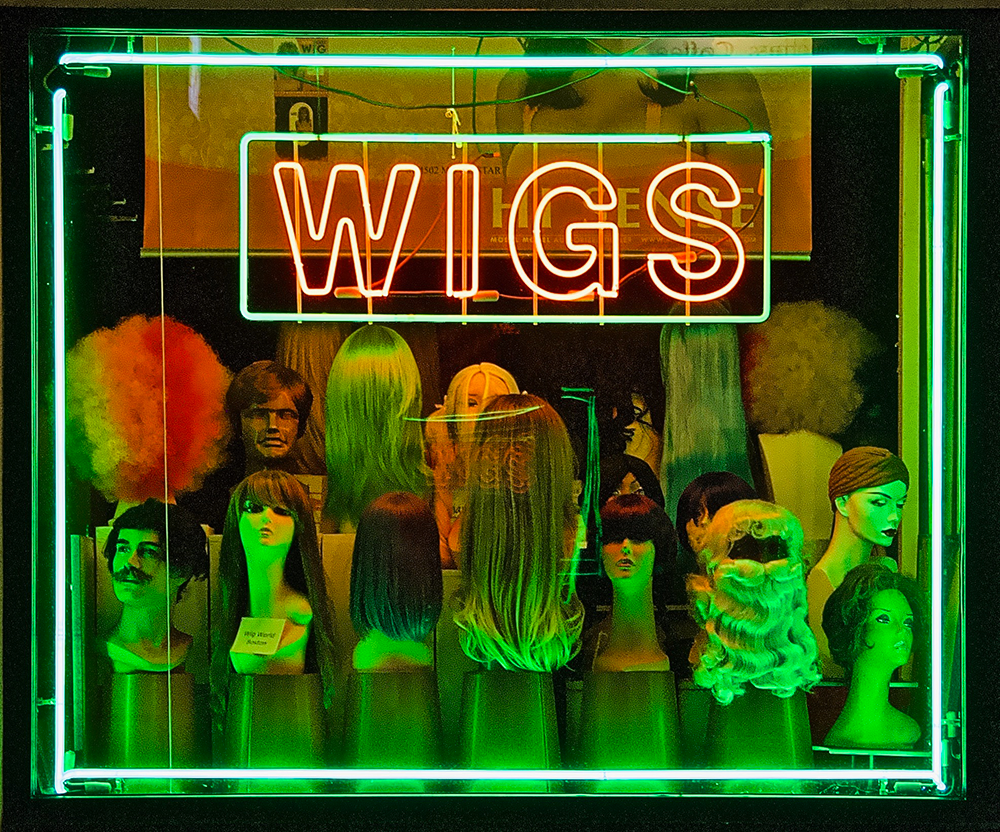 Our process, sorted out via Slack, went like this: Surely just Wigs would suffice? Or maybe “Wigs” Boston MA. 9/26/20 for some added context of time and place? Then again, we always indicate the year in a separate field of the cert, so maybe its ok to eliminate the date? Ultimately the answer to each of these explorations was no, no and no. In part this was because we aim to always honor our artists and operate on the assumption that every element that the artist presents to us is intentional. That reason alone is more than sufficient justification, but what struck me most about the process of coming up with an appropriate abbreviation is how every bit of information he included felt so relevant, both to the when and where of the particular moment it captured and to Ruben’s own practice and indefatigable work ethic.

I regularly spend long stretches away from my beloved hometown of NYC, and intrepid chroniclers of the city like Ruben, Jason Polan and Joe Holmes have always been my best antidote to the inevitable bouts of homesickness I suffer when I’m away. At first glance, it’s easy to assume that “Wigs”... is another fine addition of Ruben’s to this canon of small moments in our big city, but in this instance Ruben’s wandered further afield to Boston, no doubt while he was hard at work on his then-upcoming Fitchburg You R Beautiful exhibition. The timestamp of 9:34PM tells a story too: when you’re Ruben Natal-San Miguel, it’s never too late to make a great picture! (And who cares if it’s the weekend?) That it’s still 75 degrees in Boston’s late evening, just a few days after the autumnal equinox, tells yet another story: the one about how our climate is changing.

The image itself has much in common with other photos of Ruben’s: text captured after dark, with cinematic splashes of color a la "Be Well" (Apollo Theater) 2020 Harlem, NYC and the storefront’s cluttered, dated display is most likely on one of those less-traveled streets where Ruben usually makes his magic. Noir trappings aside, there’s also plenty of fun here: a bold proclamation of WIGS, the exclamation point implied by its neon glow, with a carnival of coiffure choices laid out behind it, each an opportunity to be instantly transformed into a new you.

“Wigs”... is but one of the many incredible photos in Ruben’s constantly evolving body of work. His work is reaching an ever-expanding audience via gallery exhibitions, shows at museums and college campuses, not to mention artist interviews + his always active Instagram feed. I’m proud to know that so many of you have the opportunity to live with his art every day thanks to us, and thrilled to add ​​“Wigs” Downtown Boston, MA. Saturday, 9/26/20. 9:34PM (75°) to the 20x200 catalog. —Jen Bekman
Older
Share Share on Facebook Pin on Pinterest Tweet on Twitter
Newer