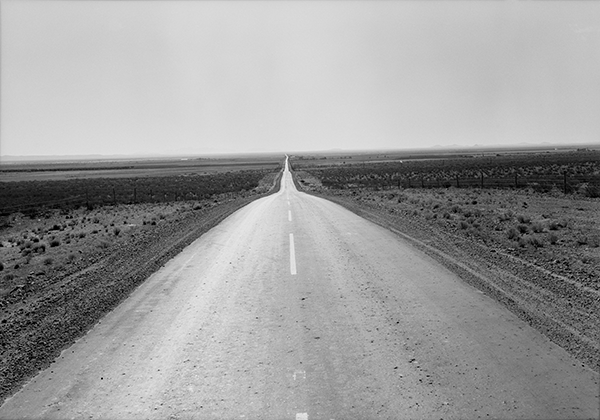 Happy August, collectors! Today we’ve got an extra special treat in store for you. From defiant declarations to peaceful pastorals, we’ve been longtime students of Dorothea Lange’s incomparable style of documentary photography. And our newest Vintage Edition is a lesson in American history and the beckoning of the open road—The Road West, that is.

Shot in 1938, Lange’s The Road West is an invitation to travel, a call to the unknown. Originally included in the photo essay, “An American Exodus”—which Lange co-published with her husband, Paul Taylor—the image was accompanied by a quote from a man they met in the fields nearby: "They keep the road hot a goin' and a comin' . . . They've got roamin' in their head."

The Great Depression and Dust Bowl of the thirties brought on a massive migration of individuals and families westward. After hauling across Route 66 and 54, they continued on to Route 99 to search for work. They had left behind farms where crops would no longer grow. Formerly fertile ground had become parched soil, and that soil turned to dust which regularly flew into their houses in storms that sometimes blotted out the sun. Though migrants were often met with more struggles upon their arrival in the West, American highways still offered a symbol of hope and the prospect of work.

There's something so American about the open road: the idea of freedom, the call to escape the life you're in. Each of Lange’s thoughtful images recall this lost highway, and more importantly draw our attention to the daily lives of migrants. Today, when migrants remain a crucial part of this country’s economy, these photographs reflect Lange’s own tireless work to visualize their experiences of displacement, and her commitment to empathy in portraying them.

The beauty of The Road West lies in its simple composition. The smooth pavement stretches for miles in stark contrast to the rugged terrain flanking its edges. With seemingly no end, the road fades ambiguously into the hazy landscape beyond the line of site. Lange trained her lens on this land of the undiscovered. To westward migrants in the thirties and to viewers today, this image of the indefinite is bewitching—the allure of what could be.