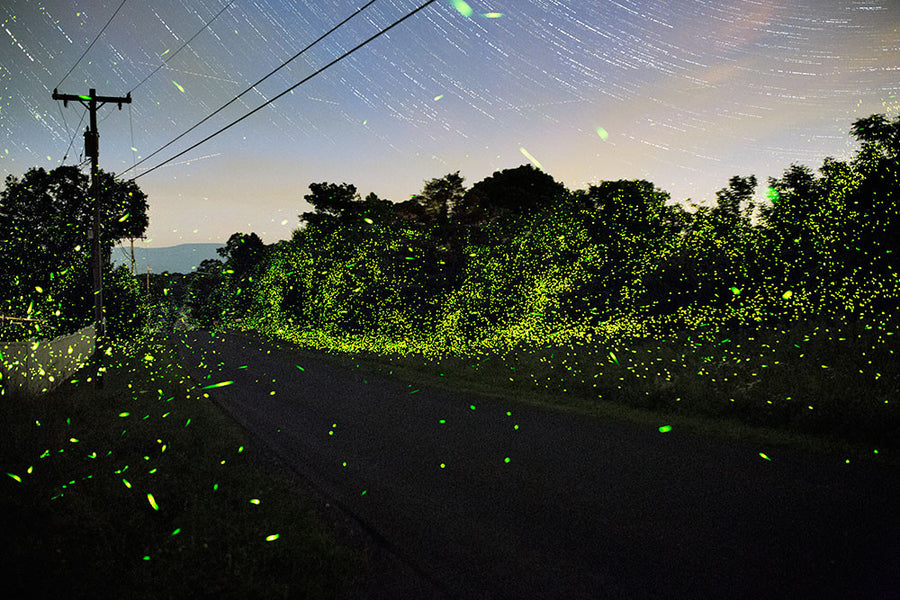 With firefly season soon to be a dim memory, it seems the perfect moment to pay homage to one Mr. Pete Mauney, our resident painter of (night)lights* and creator of some of my favorite 20x200 photography editions. Pete made his 20x200 debut back in 2014 with two photos, Cemetery Rd and Montgomery St, and last month we launched Comet NEOWISE, his sixth (!!!) edition with us.

In 2014, I used the German word sehnsucht—loosely translated as “nostalgia for a thing you might not have ever experienced but can’t stop longing for”—to describe the feeling that Pete’s work evokes. Each image is a series of decisive moments layered on top of one another, from a fixed spot. Presented as a single image these moments compress the hazy days (well, nights) of summer into an impossible-in-real-life singular event, embodying the essence of the Hudson’s Valley’s most verdant and vibrant season.

Solitude and patience are at the heart of Pete’s technique, and he continues to hone it with each passing season. This year he’s also been collecting field data for scientists, using 4k video to capture the fireflies' movements in three dimensions. A few months from now he’ll be braving less hospitable elements to document the human-made but no less monumental flight paths of airplanes.

Every now and then I’m lucky enough to receive a flurry of texts from Pete, updating me on recent refinements to his process or filling me in on the occasional, almost always odd and often borderline alarming encounters he has during his nighttime sojourns. Once in a blue moon I even get to hear these tales in person, which is truly a treat, since he’s a helluva story teller, and quite a gregarious presence. (In spite of how much he proclaims to prefer that aforementioned solitude!) Pete’s nothing if not devoted to his craft, and his talent, intelligence and perseverance are unseen yet essential layers of each image he creates.

*Yes, that is a Thomas Kincade reference, specifically inserted to terrorize Pete (and also to see if he’s paying attention). We’ve known each other for nearly 20 years now, so I feel entitled to a little ribbing. Especially since he knows how much respect I have for him and his practice! Love you, dude. 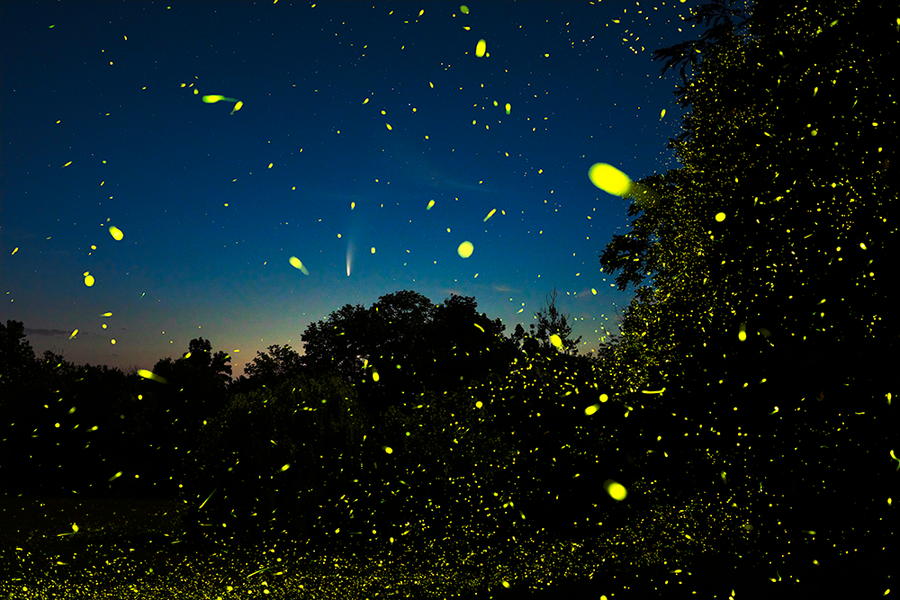 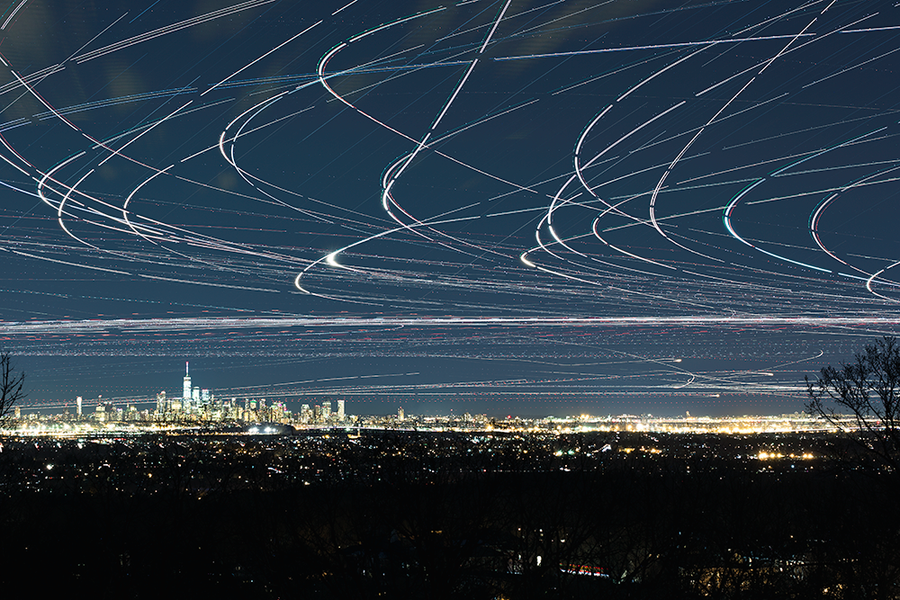 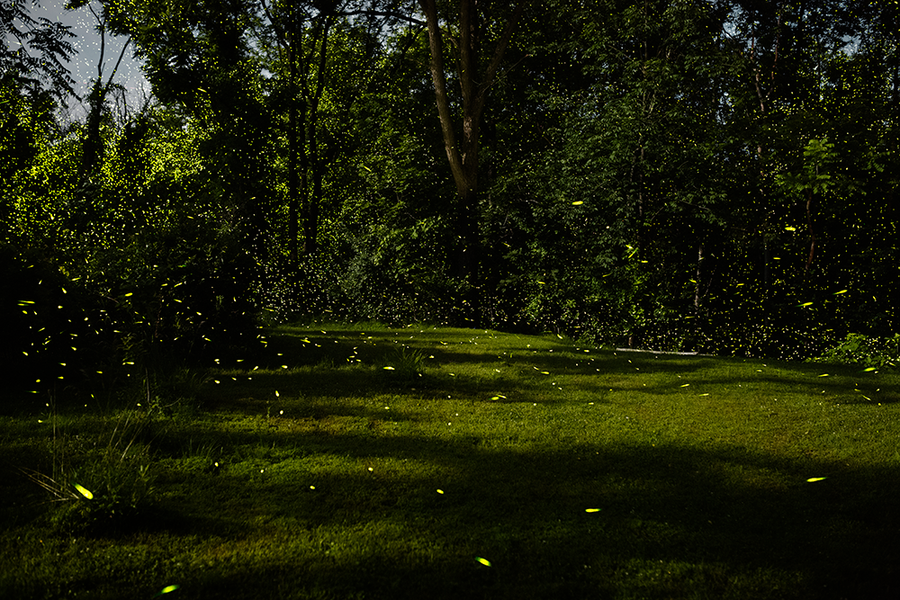 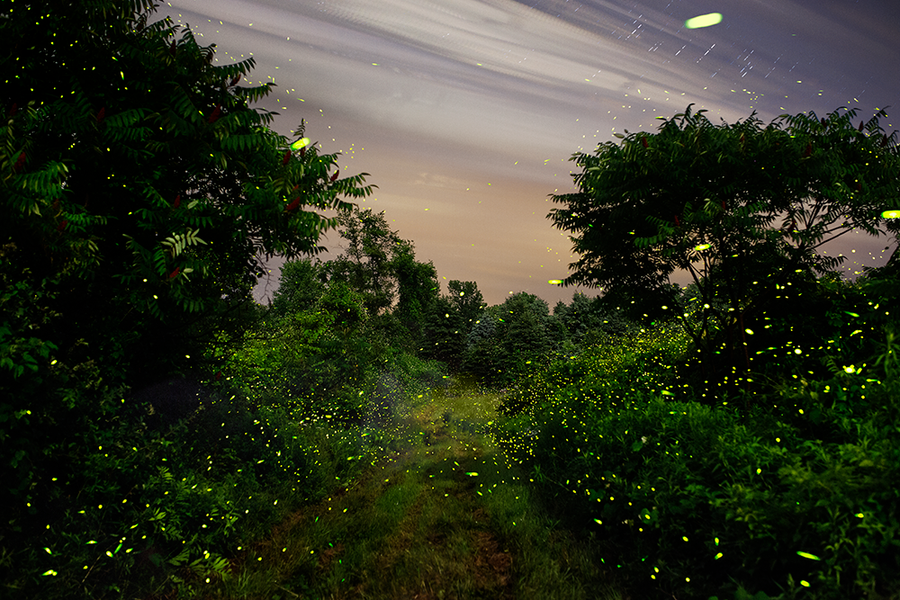 Fireflies under the full moon along the White Clay Kill, Tivoli, NY 7/9/14 by Pete Mauney 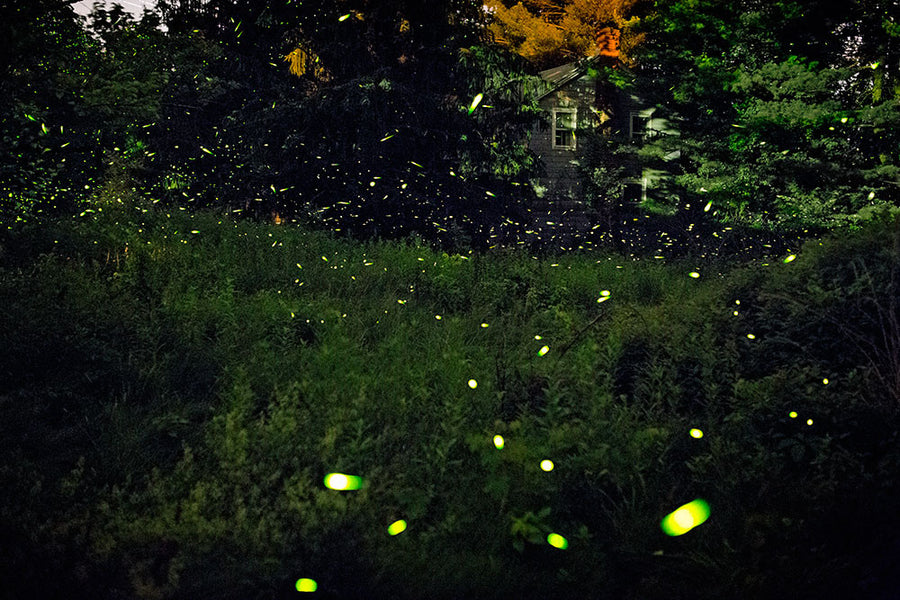