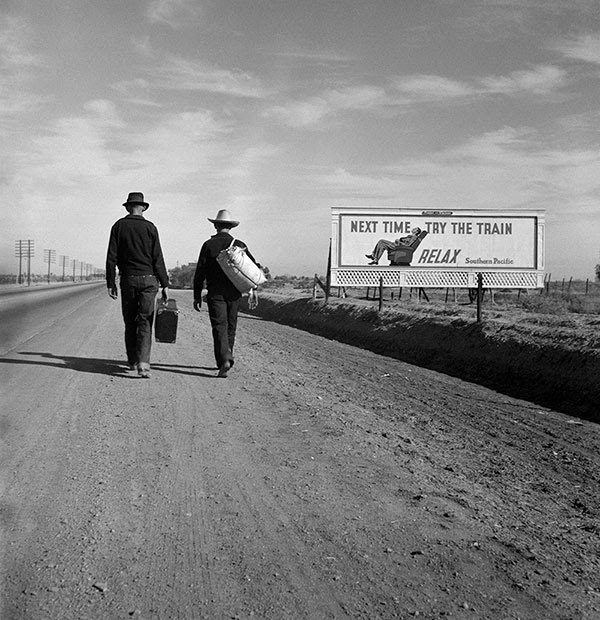 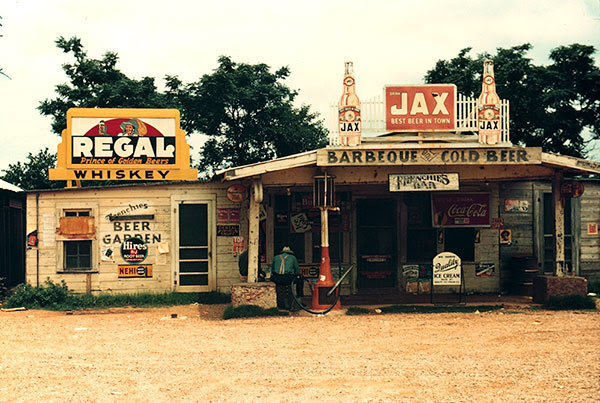 The generation of Americans who lived through the Great Depression continue to inspire and fascinate us with their endurance, fortitude, and most of all their hope. In many ways there is no other generation that better embodies the American Dream—the entire nation banded together to lift one another up from the desperation of both the Crash of '29 and the Dust Bowl.

Thanks in part to the Farm Security Administration and the New Deal, we're still living with and appreciating an incredible collection of photographs, artworks, music, and building projects created during the nation's darkest days. Dorothea Lange and Marion Post Wolcott were hired by the FSA (along with other legendary photographers like Walker Evans) to tour the country. Documenting the Great Depression and the Dust Bowl at a time when most women were expected to be at home raising families, these two traveled alone through trying conditions to create a portrait of the nation.

Dorothea Lange left a comfortable life in San Francisco with an unparalleled motivation to make photographs that would inspire change. In Toward Los Angeles, California, Lange captures migrant workers on a dusty trek with an ironic billboard suggesting “next time, take the train.”

The image is poignant in its dark satire: the two men captured here clearly can't afford a ride as they trudge forward in anticipation of a better life. You can almost hear them hope that down the road times will be better: even if better isn't the Big Rock Candy Mountain with its cigarette trees and lemonade streams.

Marion Post Wolcott made a name for herself as one of the few female photojournalists in the ‘30s before being hired by the FSA. Wolcott worked among a number of FSA photographers who were given early samples of Kodak's experimental Kodachrome film.

Juke Joint, Melrose, Louisiana gives us a rare peek at the era’s brightly colored signage. Patrons of this cross roads "juke joint" likely came from the nearby Melrose Plantation: the first plantation built by and for free African-Americans. Blues musicians like Robert Johnson, Charley Patton, or Big Walter Thornton very well could have stopped here as they traveled the juke joint circuit. Like the blues, this photograph and the juke joint it depicts are a symbol of the simple joys people pursued to escape the harsh, day-to-day grind.

Both of these artists were brave, independent and forward-thinking. Their unique perspectives allowed them to depict poverty and upheaval with humility, hope, and a deep-seated love for their fellow Americans. It's awe-inspiring to imagine them on their travels looking at Toward Los Angeles, California and Juke Joint, Melrose, Louisiana. It's a genuine honor to showcase these two editions here at 20x200.